How Being Fit Saved My Life. Literally.

This is a submission from a member of The Fit Dad Nation, Owen Hoevet.

I know that sounds a bit dramatic, but it was quite the experience.

On October 2nd, 2014 I was at home eating dinner with my daughter, getting ready to watch game one of the MLB playoffs (Royals vs. Angels) when I started to have sharp stomach pains.

It went from bad to worse and after about 30 minutes or so, I started vomiting blood. I tried to ride the pain out but it got too intense, so my wife drove me to the emergency room and had me admitted.

From here a lot of the details are a little fuzzy, but my wife says I was complaining that my left side hurt. Apparently the normal procedure is to check the patients right side because that’s where all the vital organs are located, but the fact I kept telling them it was the other side that hurt helped them find the source of the problem much quicker.

As it turns out, I had ruptured my esophagus just above where it connects to the stomach. By this time the Royals had won the game and the hospital staff was in the process of waking up a surgical team for emergency surgery. They even bumped an open heart surgery scheduled for that morning so that I could have the room.

It was that bad..

They told my wife this procedure is only done about 12 times a year and has a 71% success rate.

Being Fit Saved My Life

When I woke up the next evening from surgery I was surrounded by most of my family, which was a bit concerning because my mom and brother live 3 hours away and my in-laws live 7 hours away.

In fact I was so drugged up I swore I saw my dog walking into my hospital room.

I spent 7 days in the ICU, where I met one of the greatest nurses ever. She was an ex Army nurse and was training for a marathon. The doctors insisted that I got up and tried to walk as much as possible.

So every morning me and my nurse would turn on our running apps and walk around the hallways until I was tired. She was the first one to tell me that being in such good shape before this happened probably saved my life, and would eventually help me fully recover.

After a week I was released from ICU and moved to the PCU where I would remain for the rest of my stay there. During my whole stay I was unable to eat, while my stomach healed. After two weeks I had another surgery to place feeding tubes so I could get some nutrients while I healed.

In all, I ended up losing 24 pounds by the time I went home and spent a total of 29 days in the hospital.

While I was home I was encouraged to get up and stay active. I had a backpack to carry my feeding pump so I could still “eat” while I was up and around. The first week I basically just walked around the neighborhood and to and from doctor appointments.

By the second week I was taking myself to the gym every morning. Some days were better than others, but I made sure I made it to the gym, even if some of the workouts were just walking around watching chicks in yoga pants.

After 3 weeks at home I had the feeding tube removed, just in time for Thanksgiving, and was able to eat solid foods again.

Three years later, I am in perfect health. I still run half marathons and the occasional obstacle course race. I am an active member at a CrossFit gym, and getting ready to compete in my second cross fit competition at the age of 47.

Through all of this I can honestly say that there is no way I would have survived this without my wife. She was there for me every single day. She spent the night in my room the whole first week.

Even when I was no longer in critical condition, she showed up every morning before work and came back after work with both of our daughters. She bathed me, consoled me and took care of me better than the best trained nurses could.

I can’t imagine how hard it had to be for her. First there was a chance she was going to lose her husband, then had to take care of me for almost two months until I was fully recovered. She is the most wonderful person I have ever met!

So… I guess the morale of the story is that the human body is the greatest machine ever made. If you feed it right and take care of it, it will take care of you. And the love and affection of a woman never hurt either! 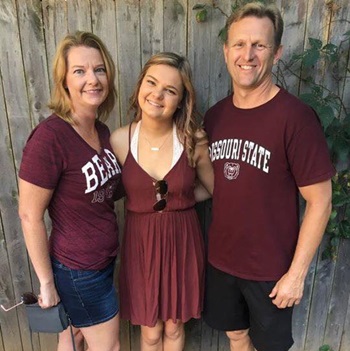 Owen has been happily married for 24 years and is the father of two daughters (20&18). He keeps active, is involved in CrossFit and can be found hanging with his family or at a local wine festival.