Why I’m Going Paleo And You Are Too

There was a time not that long ago when my diet consisted of deli sandwiches, potato chips, Dr. Peppers, Red Bulls, and Snickers Bars.

I was struggling through a marriage that was running on fumes, was living paycheck to paycheck, and on top of that, got up every day to go to a job I fucking hated. So I didn’t care a whole lot about what I put in my body as long as it got me through the day.

Sitting at my desk and staring at spreadsheets all day wasn’t exactly exciting and I used sugar and caffeine to keep me going most days.

It was a vicious cycle not unfamiliar to many other men out there who are/were in the same situation. I was in a bad place and it lasted for years. It was terrible for me and I knew that. But like I said, I didn’t care all that much.

And when I finally had enough of the life I was living, I did what many of you have done; I decided it was time for a change.

And after a short and emotionless conversation with my now ex-wife, we decided to separate and I started my life over as a single dad. Nine months after that, I quit my soul sucking job to pursue something I actually cared about.

And in that nine months between my separation and leaving my job, I decided to get my shit together, clean up my eating, and start taking control of my life again.

I started training hard, focusing on positive things, and made a radical change to my diet.

And it sucked. Badly.

When you’re used to eating the typical American diet which consists primarily of processed carbs, saturated fat, and low grade protein, the Paleo Diet is a shock to your system to say the least.

And my body responded how many of yours will when you do it, by saying “WTF” and wanting to die.

But I knew I needed to change my eating and focus on the basics like a Paleo style diet does and I jumped all in. But my good intentions soon began to turn into self doubt as I struggled to eat enough quality Paleo approved foods and stay clear of all the carbs I was used to eating.

And then the headache came. And stayed.

Maybe it was just caffeine withdrawal or the infamous “carb flu”, but it hit me like a ton of bricks. Still though, I stuck with it.

And by the fourth day of detoxing my body, I laid my head down on my desk and all I wanted was a Red Bull. I desperately wanted to feel better and get rid of that damned headache, which wouldn’t go away regardless of how many Advil I took.

You may have heard of something called the carb flu and it’s no joke. Since most of us eat upwards of 60% of our daily calories from carbohydrates (and usually processed ones), including refined sugars, flour, and grains, our bodies become dependent on them.

Not a good thing.

The average American eats like shit and here’s the breakdown: 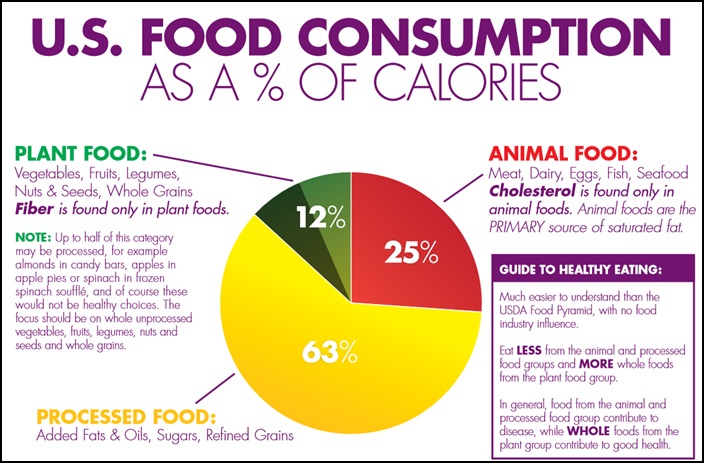 Is it a surprise then when we replace the largest chunk of our diets with good food that we feel the effects? Of course not.

As your body detoxes from the processed carbs, some people experience (including me) a shitty feeling called the carb flu.

Here are just some of the things you can expect:

The good news is that it doesn’t happen to everyone and it doesn’t last long, but it did happen to me! It sucked, but in the end, it lasted less than a week and then I started noticing a significant increase in energy.

Amazing what happens when you start eating food that is actually good for you!

In all, I ended up staying on the Paleo Diet for about 3 months and was leaner than I had been in years. My energy skyrocketed and I felt fucking awesome!

In all reality, it didn’t end up being overly difficult to stay on it and I found a handful of foods and recipes that I really liked and stuck with those.

And I honestly don’t remember why I stopped, but I do remember the first time I ate a McDonald’s cheeseburger again and it literally tasted like salted cardboard.

In my pursuit to challenge myself and all of you who are part of the #FitDadNation, I like to run challenges. Some like the Cold Shower Challenge last year sucked while others like the Burpee Challenge we had, sucked even more.

This Paleo challenge will be just that; a challenge. Sticking to a regimented Paleo style diet is not an easy task. But I feel confident that if you and I can get through it, we will feel (and look) 10X better.

On Monday February 22, our 6 Week Paleo Challenge will begin and as of right now, there are 15 other dads doing it with me. The goal is simple: eat Paleo/Primal style for 6 weeks and see how you look and feel.

The idea is that by replacing all the garbage we normally eat with high quality foods and eliminating things like refined grains, legumes, and homogenized dairy, the body will respond better and thus, feel better.

But to be honest, the real reason I’m holding this 6 Week Paleo Challenge isn’t just to get you eating cleaner, but rather to get me eating cleaner. You see, my diet even now, isn’t nearly as good as it should be.

I give in to temptations and weakness just like everyone else and have gotten lazy in my eating habits. Plus, having a girlfriend who is a carbaholic doesn’t help!

No excuses though and I admit my weaknesses (damn you Mexican food!) and am ready to take this thing head on!

I am on the go quite a bit, traveling to my clients homes to train and as many of you know, eating on the run can be a challenge. Some days it’s just easier to grab a burger at Roy Rogers and be done with it.

So I’m doing this for all of us and together we can really make a big change to the way we look at food and how we eat. And that’s a good thing.

Is It For You?

As far as the specifics of the challenge, I will post a follow up article on 2/20 with all the details, links to helpful resources, and everything else you need to know.

This challenge isn’t for everyone and will take planning, prepping, buying a shit ton of veggies, not to mention giving up many of your favorite foods.

But I think it’s worth it.

You can decide for yourself if you’re (mentally) prepared for this and I’d suggest reading this post first.

And if you want in, either leave a comment here or email me at steve@fitdadnation.com and let me know you want in.